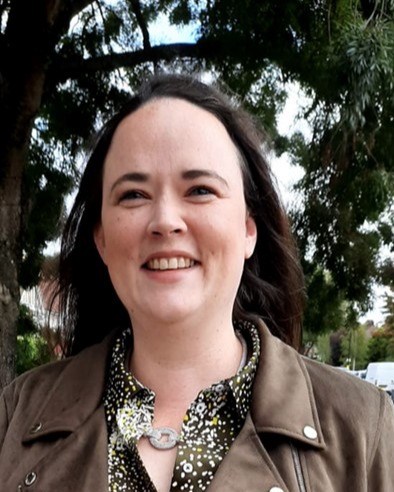 We are catching up with Natalie, a Complaints Officer for Adults’ and Children’s Services at Ealing Council. Natalie was an apprentice in the council from April 2019 to April 2020, which led to a permanent role. She even won an Apprentice of the Year award in 2020.

I left school early with no qualifications and I started working full time at the age of 18. I spent seven years working at McDonald’s, followed by four years at Ladbrokes. Having three children, I was not really thinking about a career. I just wanted to earn some money and go home to my family.

In 2018 my husband passed away. I realised that life is short and I wanted to do more with my life - to better myself and make my children proud.

I received an Ealing News Extra email with information on apprenticeships. I had always thought apprenticeships were for school leavers, but I was happy to see there was no upper age limit requirement. It was difficult to decide whether it would be worth taking a pay cut for a year, possibly more, and work in such a different environment but I decided to apply and see how it goes. I’m so glad I did.

The role was suggested to me by the apprenticeship team after I attended the initial workshop.

When I read the role profile, I was very scared. I did not feel that I was confident enough to be working so closely with councillors, residents and the voluntary sector but the team was right - it was the perfect job for me and I really enjoyed it. My confidence has grown so much and I have met an amazing network of people. After the end of my apprenticeship, I had a choice of two jobs in the council.

My main challenge was studying and qualifications. I had to take my maths, English and IT exams as well as doing my business admin units as I had not done them in school. With a lot of support from my tutor Peter from Hawk Training, the apprenticeship team and my team, especially my manager Tan, I managed to pass my exams and gain my qualification.

I also struggled with confidence when I first started. I thought I’d be looked down upon as an apprentice but everyone I have met at the council welcomed me very well and was very supportive and helpful. Nobody treated me any different.

Yes. An apprenticeship is a great way to start a career and get qualifications. It’s a good foot in the door and both London Borough of Ealing and Hawk Training are amazing places for apprentices.