The Apprenticeship Levy, 4 years on…

Four years on from the introduction of the Apprenticeship Levy and the team at Hawk Training have come together to reflect on the impact it has had on the sector and what the future looks like for apprenticeships.

Let’s start at the beginning - what is, and why was, the levy introduced?

The Apprenticeship Levy was introduced in April 2017 and applies to employers in England who have an annual pay bill of over £3 million. Around 2% of employers fall in scope to pay the levy and it’s charged at a rate of 0.5% of an employer’s pay bill (for PAYE over £3m). Each employer receives an annual allowance of £15,000 to offset against their levy payment and the levy is collected via the PAYE system on a monthly basis and paid into an online account.

The levy is administered through the Apprenticeship Service (AS) system, which includes an online digital interface where employers can spend their levy with a registered apprenticeship provider of their choice. Employers have two years from when funds enter their account to spend those same funds before they expire. The levy can only be spent with approved providers on the costs of the apprenticeship programme, not on salaries.

Essentially, the levy was introduced to help the government meet its target of 3 million apprentices by 2020 by encouraging increased commitment to apprenticeships by employers.

There is no doubt that the levy has given apprenticeship programmes more weight. Often overlooked by organisations as a recruitment option, larger employers began taking notice of the opportunities as a way of upskilling their own workforces, and for better or for worse, in some cases as a subsidy for training budgets. 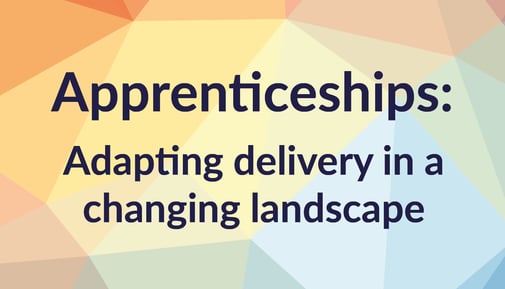 Standards are occupation-focused; they are not qualification-led. The learning happens throughout the apprenticeship and the apprentice is assessed at the end. They need to prove that they can carry out all aspects of their job and show that they can develop transferable skills and gain credibility too.

These Standards represent a shift from assessing to learning, developing individuals’ knowledge, skills and behaviours. This helps put employers in the driving seat, whilst providing apprentices with a clear career path to follow.

The initial shift to the levy was beset with issues, predominantly that employers were not ready for the change and had not, or were unable to, register on the Apprenticeship Service system.

In addition, apprenticeship funding via the levy now became part of public procumbent processes for public sector employers, and as such, for the first 6 months of the Levy introduction, there was a swathe of tendering activity that put a hold on a lot of apprenticeships starts within the public sector.

These changes led to a confusion in the market and in turn, a reduction in learner enrolments across sectors. 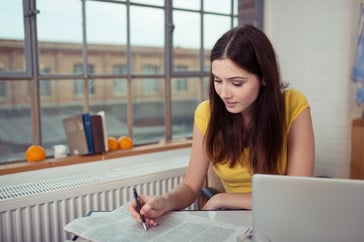 Another problem area has been that despite a drive from larger employers to use the apprenticeship levy as a means of upskilling existing staff, in some cases there has been less focus on recruiting new apprentices, causing social mobility.

The age of the apprentice no longer mattered, which, prior to the levy, was a key factor in a provider being able to enrol a learner onto a programme. Many employers aimed programmes at upskilling existing staff rather than new entrants, which ultimately impacted the most disadvantaged of learners who needed that first step into employment. 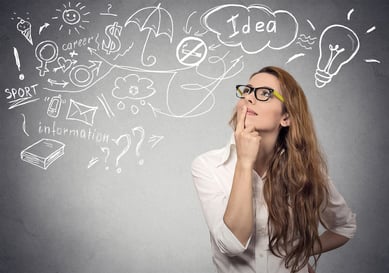 Apprenticeships for the future

There is no doubt that the apprenticeship reforms have been broadly positive but we must learn the lessons of the past four years when looking to the future needs of the economy, communities, our employers and learners.

Apprenticeships are a key component in helping to rebuild our economy post-pandemic. They are a progression step to help sustained employment and simultaneously, they will support business growth, aligned to the variety of pre-employment provision currently available, as well as those programmes on the horizon (Traineeships, Kickstart, Restart).

The pandemic has affected all of our lives. The apprenticeship provision, along with the training providers who deliver it, now have a duty to respond to these changing times. This means working closely in partnership to support local communities, particularly addressing high unemployment levels for 16-30 year olds who have been disproportionately affected by these recent events.

If you would like any further information on our apprenticeship provisions, or would just like an open conversation around the levy, then please contact us at enquiries@hawktraining.com today!

Getting started with an apprentice